Cheap Denture Chains Cause Problems for Patients Coast to Coast

People often choose cheap dentures because they are hoping to save money. However, these cheap denture practices, which often belong to nationwide chains, can end up being very expensive.

Sometimes people end up paying for dentures they never receive. Other times, they get dentures, but the dentures fit and function so poorly they aren’t usable. Getting refunds or replacement dentures in these situations can be hard, leaving people with useless dentures or sometimes no dentures at all.

In the last few months, cases on the East and West Coasts show why cheap dentures can be very expensive. It also shows why the benefits of high-quality dentures are often worth the price. 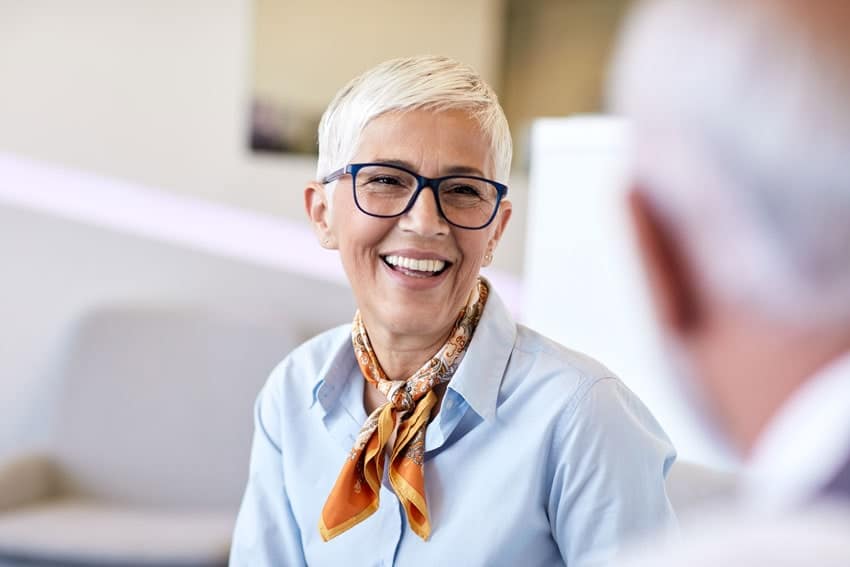 Find A Dentist Near You

One of these stories began in March of this year when a man went to the office of a national dental chain located in a suburban area of Richmond, Virginia.

The man experienced teeth problems, so he went to the dentist for help. He wasn’t necessarily expecting to have all his teeth pulled. However, when the clinic looked at his teeth, they said they could help him. After doing x-rays, they decided that the best way to help him was to pull his teeth and give him dentures.

When the man received his dentures, he found that they fit far worse than he’d feared. He could barely eat with the new dentures in.

He tried to get replacement dentures, or at least the final dentures he was promised. However, after making complaints to the dental practice, the dental chain told him they could no longer help him. The man said he was left feeling embarrassed and defeated because he had no teeth and now a set of dentures he could not use.

The explanation the man received was related to his gums, but it was unclear what the practice said. When local news reached out to the chain, the chain explained that “In very rare cases,” if a patient is unsatisfied with work after “the doctor does everything they can do to work with the patient,” the organization will “discontinue treatment” and notify the patient.

More recently, a woman in Medford, Oregon, went to a different dental chain on September 20. We have fewer details about this story, which doesn’t state, for example, whether the office extracted this woman’s teeth. However, given that she also received temporary dentures, this dental office likely extracted her teeth. We do know that she paid $7000 for the possible extraction and temporary dentures. In the interview, the woman says that the dentures fit so poorly that they interfere with her ability not just to bite and chew but also to swallow. However, before the woman could get her final dentures, the office closed unexpectedly.

Now the woman is working with a different local dentist to try to get functional dentures. The dental practice revealed that she is not the only patient who had trouble with this dental office.

An unclaimed Yelp page that purports to represent this denture practice has just two one-star reviews.

In one review, the patient complains about unethical practices. This person, using the moniker Jimmie H., says the practice pulled their teeth, took their money, and closed. The person recommends that the entire chain should be closed nationwide.

The second review, by “Stacy J,” claims to be from a patient who just went for a free consultation but got a very hard sell. They were told the cost of procedures could be $30,000, and the practice wanted to know beforehand how much the patient might spend, so they could gauge how much they could upsell products and services.

Cheap Dentures Aren’t Worth It

We want to say that these stories are rare, but unfortunately, they are not. Cheap denture practices exist to make as much profit as they can from denture patients, which sometimes means taking your money and failing to deliver the promised dentures. When you do receive the dentures you requested, they may not fit. For these practices, fixing the denture fit isn’t in the budget. As soon as denture cases get complicated, the most profitable course of action is to write off any uncollected money and stop doing work. Customer service is also not in the budget, nor are refunds. As a result, you may end up paying a lot of money for dentures you might never use.

Denture Fountain of Youth® dentists care about our patients. We aren’t a chain but a group of local, individual dentists who learned the same technique but maintain our independent practices. We utilize the innovative FOY® Dentures fitting process to give you an outstanding fit. Your dentures will be comfortable and functional, or we’ll fix them. Customer satisfaction is our goal, and our high-end denture process includes the time necessary to deliver the best dentures we can.

Find A Dentist Near You
By Dr. Rod Strickland|December 7th, 2022|Cheap Dentures, Dentures|