Cheap Dentures Turn into a Fight for a Refund

There are many practices that attempt to lure patients in with a promise of inexpensive dentures, then supply dentures that aren’t worth the price because they’re unwearable. And then you find yourself in a position where you have to fight to get a refund, which is not always easy.

Such was the situation a woman in Wilkes-Barre, Pennsylvania found herself in, and but for the intervention of a consumer advocate, she might never have gotten a satisfactory resolution.

The woman went to the Affordable Dentures office in Wilkes-Barre, hoping to get reasonable dentures for a decent price, but she had to have her teeth pulled before she could get the dentures. After she had the surgery, she received a call that she had to hurry to pick up her dentures because the Affordable Dentures chain, based in North Carolina, was closings the Wilkes-Barre office. 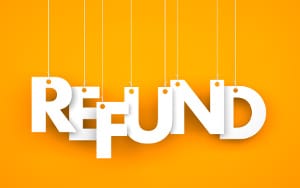 When the woman picked up her dentures, she found that they were unwearable. The teeth were too big, the plate was too thick, and the plate had a rough surface on it. The woman went to a local dentist, got dentures that she described as “beautiful,” and sought to get a refund from Affordable Dentures, but was unable to. After calling the office “daily,” she found herself “at wit’s end,” so she contacted a local consumer advocate.

Get Your Dentures Right the First Time

The situation this woman faced was unusual, but not unheard of. The closing of offices in a dental chain is not that uncommon a situation, and it often leaves patients without their money and without their dentures. This woman was lucky enough to get the media involved in her case, but if you’re not that lucky, you could be looking at a court battle just to get a refund, and you may have to start the whole dentures process again from the beginning.

Instead of prioritizing price, prioritize quality dentures from a dentist who uses a scientific process to minimize fitting problems and get your dentures right the first time. To learn more about quality dentures in your area, please contact a local FOY® Dentures dentist today.