With Memorial Day just behind and the anniversary of D-Day coming next week, we thought it fitting to talk about the important role that dentures played in the lives of many of our fighting men who went ashore that day and after.

Although the average age of fighting men in World War II was only 26, many of them wore dentures, as in WWI. This is partly because toothbrushing hadn’t yet become a regular part of American life, and partly because in the early 20th century, many doctors and dentists supported the focal theory of infection, which believed that an infected tooth could cause all manner of problems, so it was best to extract suspect teeth rather than risk their repair. 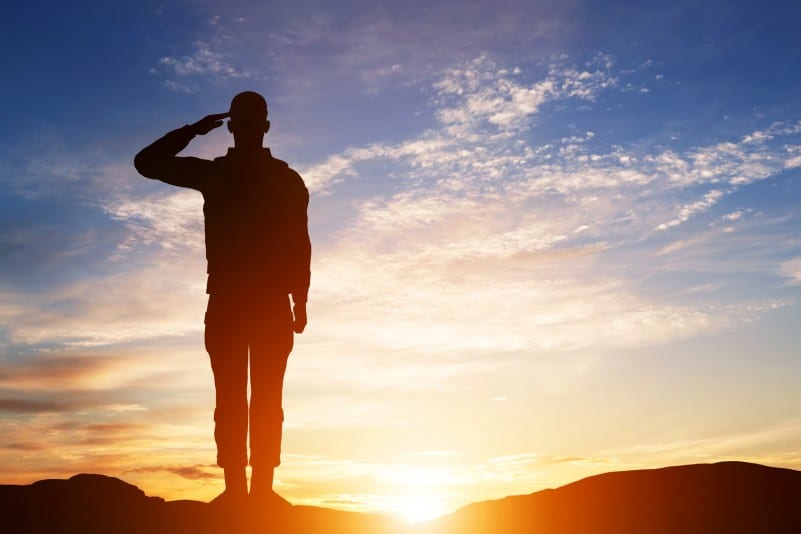 Although there were many supplies to be brought ashore on D-Day and in the following days, the generals made sure to include dental chairs and other supplies. It is said that Winston Churchill objected to this when he saw dental chairs stacked on the beach when he inspected troops following the Normandy invasion. He asked Field Marshal Bernard Montgomery whether he shouldn’t have brought more guns rather than the dental chairs, but Montgomery replied, “A soldier with a toothache is no good to me.”

Although probably apocryphal, this story shows the respect that generals had for the dental health of their troops. It would certainly be ironic that Churchill might question the investment in dental health, given how important his own dentures were in the war. And the experience of a dentist running a field hospital during the invasion shows that there was a great deal of demand for dentures at the time.

The most detailed account of making dentures in Normandy comes from a British officer, who was based 8 miles behind the front as the troops were trying to break out of the Normandy pocket. He had a busy operation that was focused primarily on making dentures for troops. He said that during the first four weeks his unit was in operation, he made over 450 dentures, and at some points in the war he had as many as 60 appointments a day.

The high demand for dentures in those first weeks was due, in part, to the rough seas in the crossing. Many men simply lost their dentures either at sea or on the beach. Many others became fractured by the jolting of the ride. And, it should be said, many men actually threw them out, as we can see from this Canadian account. In this account, a man threw his denture overboard because, he said, “If I’m going to die, I don’t want to have that damned thing hurting me.” With stress, he had been clenching his teeth, and the poorly fitting denture put painful pressure on his gums.

And then there were the army biscuits. These biscuits were so hard that many troops biting into them broke their dentures. And, of course, if you’ve ever seen the movie Battleground, you know that many men had a tendency to misplace their dentures.

The conditions were anything but ideal for making the dentures. Water to mix with the plaster of paris they used for impressions had to be carried about a quarter mile from a pump, and by the time it reached the tent where the operation was located, it was too hot for making into plaster. They had a similar problem with wax for making wax-ups, which had to be kept in cool water so it wouldn’t melt.

In the rain, the facility became so muddy that even a denture dropped in the mud was often lost forever.

Despite the poor conditions, they had to work to rapidly complete dentures. With units on the move constantly, they never knew whether a soldier would be there tomorrow to receive his dentures. On the rare occasions that dentures couldn’t be completed on time, a soldier was given a form to take to his commanding officer, who arranged for the transfer of the denture to a closer facility for manufacture.

The denture lab itself had to be mobile. The entire unit was prepared to be moved at a few hours notice.

The dentures made were actually made of PMMA most of the time, although sometimes rubber was used for partial dentures because it wouldn’t break as much.

It’s often said that an army marches on its belly, but without dentures, many bellies in the army wouldn’t get filled.

We’d Love to Hear Your Stories

We’re interested in the stories of servicemen and -women who have served with dentures, either in the use or the manufacture of them.