Dr. Stevens has been practicing in the Ottawa area since 2000, having received her dental degree from Temple University School of Dentistry in 1994. Since receiving her dental degree, she has been tireless in her pursuit of new skills, techniques, and knowledge to improve her patients’ experience and results. Among her post-graduate classes is the complete core curriculum of the Las Vegas Institute for Advanced Dental Studies, the leading school for neuromuscular and cosmetic dentistry. In addition, she has training in a number of dental implant and implant dentistry techniques.

Dr. Stevens brings her comprehensive cosmetic and neuromuscular dentistry education to bear in creating FOY® Dentures in keeping with the high technical standards of the process. 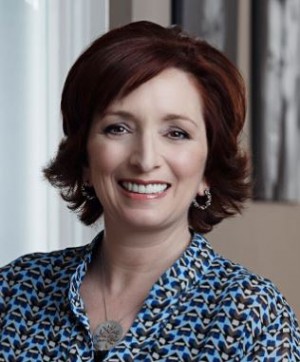 Dr. Andrea Stevens has long tried to change her patients’ feelings and ideas about dentistry. By offering comfortable, comprehensive, customized care at her dental office in Kanata, she helps people understand that dentistry can be more than they ever imagined. The Denture Fountain of Youth® helps Dr. Stevens achieve her mission by giving her a type of dentures that breaks all expectations of what dentures can be. With improved comfort and superior fit, FOY® Dentures prove not only that Dentures Don’t Have to Look Like Dentures Anymore!® but they don’t have to feel or function like dentures, either.

Demand for a Denture Dentist in Kanata

Nonetheless, the Canadian Dental Association estimates that 22% of people age 60 and over have lost all their natural teeth. This means that nearly 5000 people in Kanata rely on complete dentures to have a functional, attractive smile. While that’s a lot, it’s still a small proportion of the overall population, less than 5%.

With such a small proportion of the population using dentures, the standards for fit, appearance, and function are high. People don’t want to look like they have dentures, and they don’t want to live a life limited by dentures.