Most of the time we talk to our patients about the benefits of FOY® Dentures in terms of appearance and fit, but there are numerous other benefits as well, including the potential for curing or improving other health conditions that you may never have suspected were related to the position of your jaw.

Jeanette came to us after decades as a denture wearer. Her teeth had been extracted in her 20’s, and since then she had been wearing her dentures, but they were not good for her.

Her old dentures fit poorly and were badly worn. As a result, she had developed a significant underbite, which is common for denture wearers as the jaw begins to collapse. She had also lost a lot of jawbone, causing her face to fold in, reducing the distance between her nose and her chin.

You can learn more about her condition and experience here.

We used the FOY® Dentures process to get Jeanette better-fitting dentures. We first TENSed the muscles of her face, causing them to relax. Then we put them in a maximum rest position, probably where her muscles were 30 or 40 years ago when she lost her teeth.

We then designed FOY® Dentures so that they could support her muscles in that maximum rest position.

When the dentures were done, Jeanette had a beautiful, new smile that helped her look younger, and share her smile more eagerly again. But no one was prepared for the shock we got next. 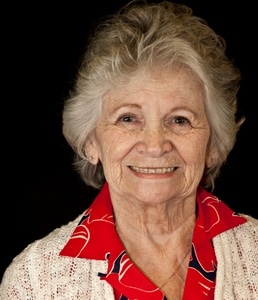 Jeanette never told us about all the health problem she had been struggling with for years as a result of her dentures. She was having difficulty sleeping at night, waking up choking. She had chronic acid reflux, and regularly experienced headaches. All of which were signs that she probably had obstructive sleep apnea, which is common in denture wearers. As the dimensions of her mouth shrank, so did her airway. Once it narrowed enough, her airway began collapsing at night, choking her.

A couple of weeks after she got her dentures, though, Jeanette called to let us know that all her related health problems went away after she got her new dentures.We were almost as delighted as Jeanette, and we look forward to hearing about all the exciting discoveries she makes of things she can do with her dentures. Just the other day, she called to let us know she ate a whole bag of popcorn with her new dentures!

What makes FOY® Dentures so rewarding is what a dramatic difference they can make in our patients’ lives. Truly, if you are unhappy with your dentures, realize that there is a better option for dentures.