One of the advantages of getting FOY® Dentures is that it allows you to get a completely new smile. No matter what your smile looked like before, you now have the opportunity to get an attractive smile. In designing your new, attractive smile, there are many potential approaches to designing it. One that we like to utilize is the Golden Ratio, also called the Golden Proportion, a mathematical relationship often found in nature that helps us to create an attractive smile. 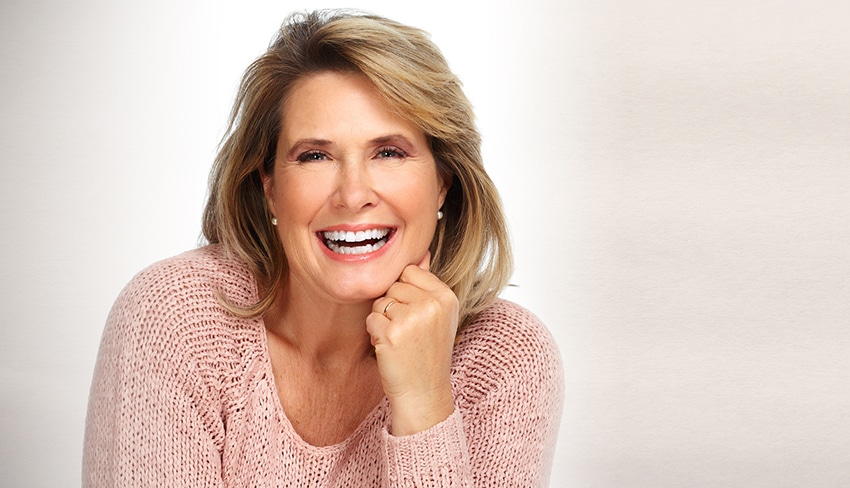 What Is the Golden Ratio?

You can also define the Golden Ratio by using the Fibonacci sequence. The Fibonacci sequence is defined as a sequence in which each term is defined as the sum of the previous two terms, starting with 0 and 1. So the first seven terms in the sequence are 0,1,1,2,3,5,8. You can see how the ratio begins to converge on the Golden Ratio. The ratio 3:2=1.5, 5:3=1.67, 8:5=1.6. So you can see although it bounces back and forth it gets closer and closer to the number, and a few terms later we have 55:34=1.618.

The Golden Ratio in Nature

There are many places that we see the Golden Ratio in nature. One of the most commonly cited examples is the spirals of seeds in a pine cone. These seeds tend to fit together in spirals that correspond to a Fibonacci sequence, such as 8 one way and 13 the other way. Flower petals often (but not always) conform to a Fibonacci number. Mathemusician Vi Hart has a good video series about Fibonacci spirals, and you can find more examples in this article.

The Golden Ratio is even found in your smile.

The Golden Ratio in Your Smile