According to a new meta-analysis, poorly fitting dentures may increase a person’s risk of cancer by nearly four times. The meta-analysis revives a long-controversial theory about a link between dentures and oral cancer. 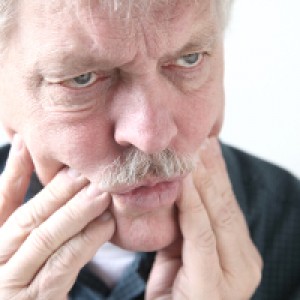 The link between dentures and oral cancer has been studied for decades. In the 1980s. the link was studied extensively, with the majority of studies confirming that there was no link between dentures and cancer. This finding has been considered to be the established truth of the situation, with the American Cancer Society stating that many studies have found no increased risk of cancer, but noting the theory.

The theory states that poorly fitting dentures may work to trap known carcinogens (such as alcohol or tobacco) against the gums, which could intensify the impact of these substances.

Although many dismiss the dentures-cancer link, researchers from Sydney pursued the potential link utilizing the power of the meta-analysis. In a meta-analysis, researchers look at the data collected by many studies and analyze them together as if they were part of a single large study. Often, this approach can be used to make important findings that individual studies don’t have the statistical power to resolve.

Researchers found that there was a slight link between any denture use and increase in oral cancer rates. Although the estimated increase is 42%, the 95% confidence interval, the statistical range that has a 95% chance of containing the true rate goes from a 1% increase to a 99% increase. Poorly fitting dentures, on the other hand, had a much higher increase. People with poorly fitting dentures saw a 290% increase in their cancer risk, making them nearly four times as likely to suffer cancer as people without dentures.

The study did not correlate the length of time wearing dentures with cancer risk.

As a result, researchers recommend that people make sure they understand the risk and ensure they have properly fitting dentures.

If you are unhappy with poorly fitting dentures, a FOY® Dentures dentist can help you get ones that look, fit, and feel better.