Experts recently released images of the reconstructed face of a Medieval Scotsman, based on a 600-year-old skull. The released image is a graphic demonstration of how lost teeth impact the appearance of your face. 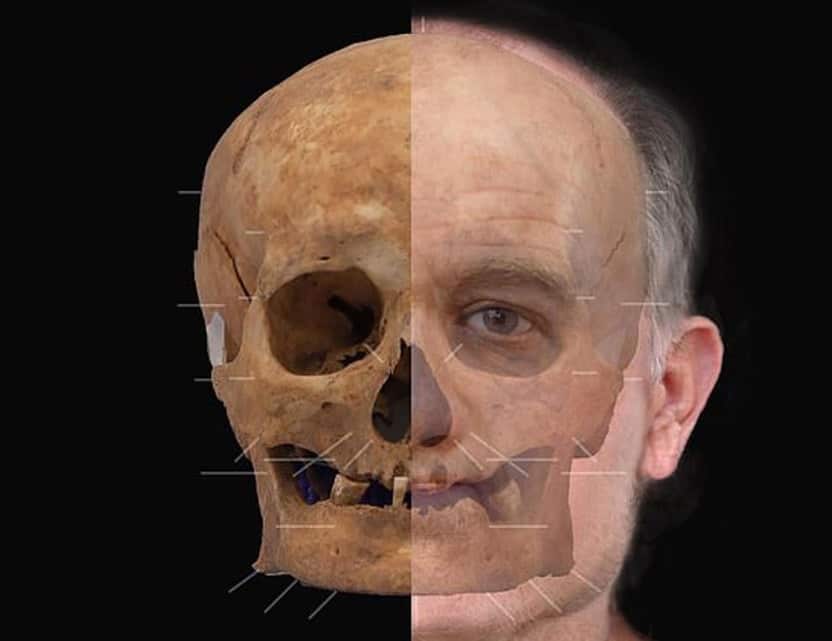 The skull used for reconstruction is one of almost 60 full skeletons found when redevelopment work began at the Aberdeen Art Gallery in 2015. The site of the gallery was a Blackfriars Dominican Friary. The Friary was likely established sometime between 1222 and 1249 AD, so it’s likely that the skeleton was a Dominican Friar.

This skeleton was designated “SK 125,” and researchers have not been able to establish its identity beyond that. They also realized that he was not local to the site and likely spent his childhood in the north-west Highlands or Outer Hebrides. Aberdeen is technically part of the Highlands, but he likely came from 100 miles or more away if he was on the mainland, or even further if he was from the Outer Hebrides, an island group off the northwest coast of Scotland. This location was likely based off the analysis of isotopes in his bones or his few remaining teeth.

They estimate he was about 46 years old when he died.

The Impact of Lost Teeth

It is always striking to see these reconstructions of people from a long-lost time. However, what is perhaps most striking about this particular reconstruction is how dramatically it demonstrates the effects of lost teeth and bones on our appearance.

Although only 46, the man had lost all but three of his teeth. He had extensive dental problems, including gum disease that riddled his bones and a chronic abscess (infection). All the remaining teeth were on the bottom: one incisor, one premolar, and one molar.

The reconstruction shows the impact this damage had on his appearance. His face is collapsed and square where it should be more elongated. His jaw isn’t a smooth line, but shows the beginning of jowls, and he has a turkey neck developing. Pronounced nasolabial folds have developed around his mouth.

In fact, based on our experience with denture patients, we think there are some features of his appearance that the reconstruction just doesn’t capture, such as lips and cheeks folding inward. We also expect that he would likely have more wrinkles around his eyes due to the effort of elevating his cheeks when talking or smiling. And he might have had a deep crease between his lips and his chin.

Although we believe it’s not completely accurate, this reconstruction is still a reminder of what lost teeth do to your facial appearance: changing the shape and proportions of your face. The result is a prematurely aged appearance. Unfortunately, many dentures don’t adequately rebuild your bite, so you retain many of the features of facial aging.