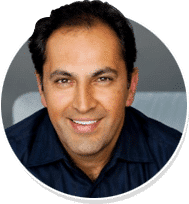 Denture dentist Michael Firouzian offers a full range of dental services, including general dentistry, cosmetic dentistry, neuromuscular dentistry, and family dentistry at the Center for Family & Cosmetic Dentistry in Columbus, Ohio. Dr. Firouzian is a denture dentist with deep roots in Columbus. He is a native of the city and received his doctor of dental surgery degree from Ohio State University in 1991. Although he had a brief stint of advanced general dentistry education at the University of Florida College of Dentistry in 1992, he has largely practiced in Columbus since he received his DDS. He is a well-trained denture dentist, with more than 600 hours of continuing education, and in addition to offering FOY® Dentures, he is trained in offering dental implants, orthodontia, and TMJ treatment. With such a wide range of options, denture dentist Dr. Firouzian is proud to offer his patients numerous treatment options so they can find the best treatment for them.

Columbus is the largest city in Ohio, and on size alone there is probably significant demand for a denture dentist. It's also one of the state's youngest and most vibrant communities. In many ways, it is considered the quintessential American city, and is commonly used as a test market for new products. The median income for Columbus is below that of the national average, about $44,000 at the 2010 census, compared to about $53,000 nationally.

The high education rate and relatively low age distribution probably significantly reduces the demand for denture dentists, since it is expected that the edentulous rate for Columbus is probably much lower than the 20% reported for the state.

There may also be less demand for a quality denture dentist because many of the local delicacies in Columbus are not hard to chew. With a significant German and East European population, much of the characteristic cuisine in Columbus is dedicated to sausages of different types. However, Columbusites are also interested in quality dining, with numerous food festivals throughout the year, such as the Columbus Restaurant Week. People enjoying these types of food events would probably appreciate the services of a good denture dentist so they can enjoy a wider variety of foods.

Columbus also has many dedicated sports fans. Although some don't exert themselves beyond turning on a Buckeyes game, other Columbusites can be seen out throwing the pigskin with their sons (and grandsons). The muscular stability offered by FOY® Dentures would probably be appreciated by these active families.

If you live in the Columbus, OH area, and you're interested in FOY® Dentures, contact Columbus, OH denture dentist, Dr. Michael Firouzian.