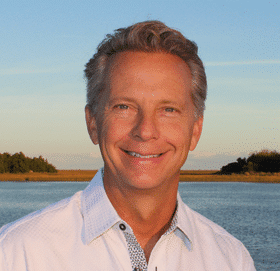 Denture dentist Michael J. Kuzma offers a full range of dental procedures from his practice, Kuzma Advanced Dentistry, in Wilmington, NC. With an emphasis on cosmetic dentistry and neuromuscular dentistry, FOY® Dentures, the Denture Fountain of Youth®, are a perfect fit. They allow denture dentist Dr. Kuzma to provide the same quality care to his denture patients that he delivers to his cosmetic and neuromuscular dentistry patients.

Denture dentist Michael J. Kuzma received his DDS at the University of North Carolina at Chapel Hill. He served in the US Army, benefitting from a one-year Advanced Education in General Dentistry Residency before serving for three years as a General Dentistry Officer at Fort Bragg, NC. After leaving the army, Dr. Kuzma sought additional training to improve his ability to offer quality dentistry, studying at the Las Vegas Institute for Advanced Dental Studies (LVI). He was honored with a Fellowship in the Academy of General Dentistry (FAGD), in recognition of his extensive training as a general and denture dentist.

Dr. Kuzma is a denture dentist dedicated to the principle of service, participating in Mission of Mercy Dental Clinics where he offers free services as a general and denture dentist to people in the community who are unable to afford dental care.

The demand for a denture dentist in Wilmington, NC is relatively high. Wilmington has a relatively older population (14% over the age of 65) than the average for the state and the US (both 13%). The mean household income ($42,000) less than the average income in the state ($46,000), and significantly lower than the average for the US ($52,000), and a relatively high poverty rate (23%, compared to 18% for NC). Therefore, we can expect that the overall edentulous rate in Wilmington is likely on the high side for the state, which is on the high side for country, perhaps 21% of the population needing the services of a denture dentist.

Wilmington’s growth rate has been high, with about 40% growth between the 200-2010, and steady growth continuing despite the Great Recession. With about 113,000 people in the city, therefore, we might expect about 24,000 edentulous people in need of a denture dentist in the city proper, with significant numbers in the surrounding areas as well.

Why FOY® Dentures Are Right for Wilmington

FOY® Dentures are called the Denture Fountain of Youth® for a reason: they can dramatically restore the appearance of a person’s smile and even their face to help them look years younger. This is very important for many residents in Wilmington, and something they will ask of their denture dentist.

As a tourist center and vibrant cultural hub, Wilmington is a city that exists in a zone of stark contrast. On the one hand, Wilmington has a relatively low income and local standard of living, but it draws people from a much higher social level, and locals have to mix with them. With the vibrant film production in the city, too, many local businesspeople have to be prepared to mix with some of the highest level Hollywood stars and their social circles. With these high contrasts, people in Wilmington can feel a pressure to want a smile that matches those of the tourists and stars they serve, and this doesn’t change even if they’ve lost their natural teeth. They want their denture dentist to be able to provide them with a smile that has the same cosmetic qualities that the best smile makeovers can provide. As a result, many of the residents of Wilmington would be happiest with FOY® Dentures over traditional dentures.