Newly Discovered Renaissance Dentures Were Ahead of Their Time

Dentures aren’t a new idea. They’ve been used since the time of the Etruscans and Egyptians. But what’s quite uncommon is the ability to make dentures that were actually functional. However, a newly discovered set of dentures that could be from the 14th century shows that some people were able to make functional dentures hundreds of years ago. 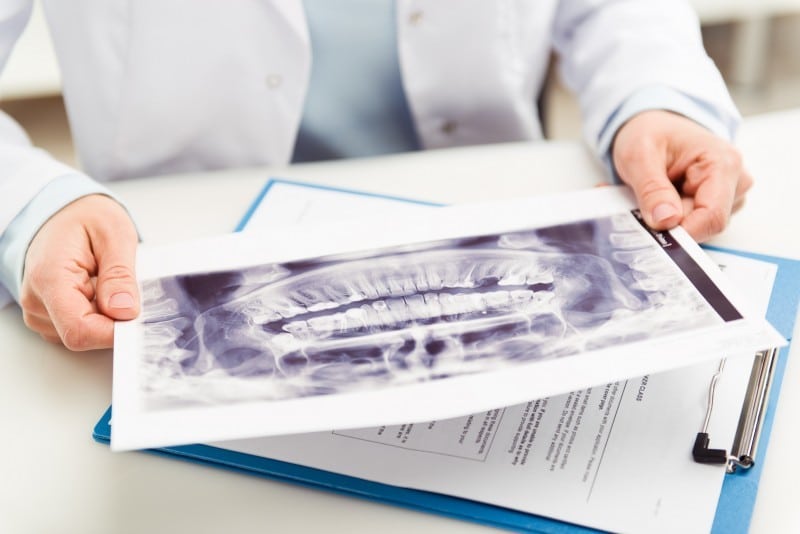 The dentures were found at the chapel of San Francisco in Lucca. Lucca is a city in Tuscany just north of Pisa. The site has been settled since ancient times, with traces of settlement as far back as the Ligurian people, though the current city was founded by the Etruscans and became a Roman colony in 180 BC. But the city is most famous for its intact relics from the Renaissance period, including city walls and many churches and tombs.

The dentures were found in a tomb belonging to the Guinigis, a powerful banking family who lent their name to the spectacular Guinigi Tower, which as a garden of trees at the top. They ruled the city for over 30 years in the late 14th and early 15th centuries. The tomb itself dates from the early 15th century, but it’s possible that the dentures may date from as late as the 17th century.

The denture itself is a masterful example of early dental technology. It consists of five replacement teeth: three central incisors and two lateral canines. Like many dentures, these are human teeth likely taken from the dead. The teeth are linked with a gold band (well, 73% gold, 16% silver, and 11% copper). CT scans confirm that the teeth are linked to the band using tiny gold screws. The entire denture itself was secured in the mouth using tiny screws that were fastened into living teeth on either side of the denture.

But what truly makes this a remarkable denture is that the presence of tartar on the denture teeth confirm that the denture was functional and was in use for a long period.

Although the denture doesn’t look like much now, it’s likely that it was not only functional, but very attractive. The gold band ran around the back of the replacement teeth and the supporting teeth, allowing for the teeth to potentially appear natural.

The use of natural teeth supported by noble metals gives this denture an advantage over some later dentures made of wood or ivory. It reduces the risk of decay, wear, and rot in the denture material.

There was no way for archaeologists to date the denture at the time of excavation. The tomb had been in use for a long time, and there was no way to determine the actual age of the individual graves.

If the denture is discovered to be from the 15th century, it will prove to be the earliest modern denture discovered. And, certainly, it has benefits that many later dentures did not–being fully fixed and functional.

As advanced as these dentures are, they are still far behind modern dentures. To learn more about the advancements that set FOY® Dentures apart, please contact a local FOY® Dentures dentist today.