People Think Dentures Have to Look Like Dentures, but They Don’t!

When you hear the word dentures, you probably get a very clear image for what they look like. Plastic teeth that are too white or badly stained. Gums that look a fake red, about the same color as wax lips. And they’re never quite in the right place. They make the face look shrunken and imploded. If they’re even in. People think that dentures are so uncomfortable that people are constantly taking them out and misplacing them.

But this is a very misleading impression of dentures. Modern dentures can look especially lifelike. FOY® Dentures utilize the best modern technologies to make dentures that don’t look fake. They may be the best cosmetic dentures available.

So if dentures don’t have to look like dentures anymore®, why do people think they still do? There are good reasons for that. 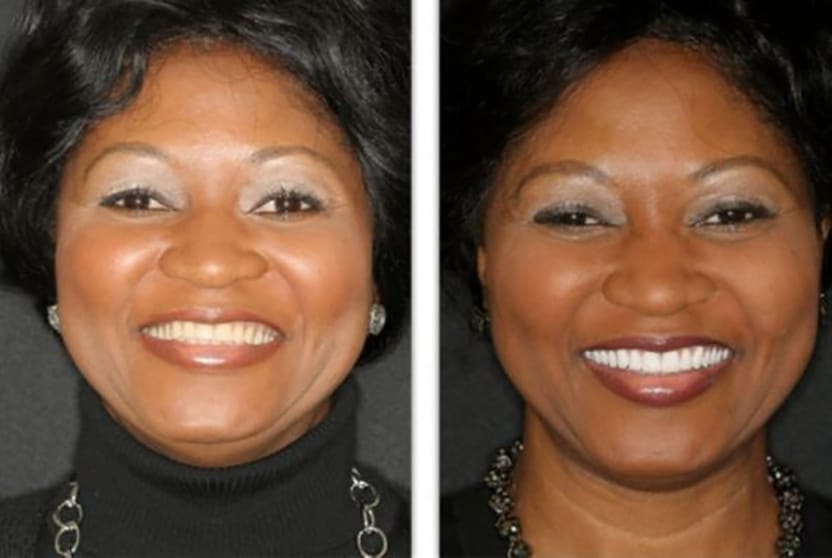 For many of us, our idea of what dentures are and can be formed in childhood. We knew which of our grandparents had dentures, and we knew what they looked like (and smelled like).

They may even have been used as a negative example to encourage us to brush our teeth–like some modern anti-smoking ads.  These lessons got drilled into us as kids. Without other exposure to what dentures could be, we retained that impression of dentures as we got older.

Unfortunately, many of us get our ideas about the world from Hollywood, and this reinforces the impression that dentures have to look like dentures. In Hollywood, dentures are often played for laughs, like Mrs. Doubtfire or in Up. In Ed Wood, dentures are used to horrify a small child.

But Hollywood hides the denture success stories. So people don’t realize that dentures can look really good, like Clark Gable, one of the greatest hunks from Hollywood’s Golden Age, who was often known for his charming smile. Carrie Fisher also had good dentures that didn’t look fake.

But, logically, an impression formed in childhood can be outgrown. And we know that Hollywood is fake. So you’d think that people would come to the realization that dentures can look great.

They might be able to, but their impressions about fake-looking dentures is constantly reinforced.

Dentures can look good, but they don’t always. Cheap dentures in particular can look very unattractive. They are easy to spot. So when people look around and notice dentures, they’re noticing the cheap, fake dentures that some people are wearing. Add this on top of childhood impressions and Hollywood portrayals, and it’s no wonder that people still think dentures have to look fake.

We guarantee that there are many people you pass daily who wear dentures and you’ve never noticed. And you can have dentures like that, too, with FOY® Dentures.