PMMA Continues to Shine as a Denture Base Material

Denture materials have come a long way since George Washington’s dentures were made out of ivory, hippo tusk, and, sometimes, human teeth. But for decades we have been making dentures with a base made out of polymethylmethacrylate (PMMA).

And, based on some recent studies, we’ll likely keep using PMMA as a denture base for years to come. 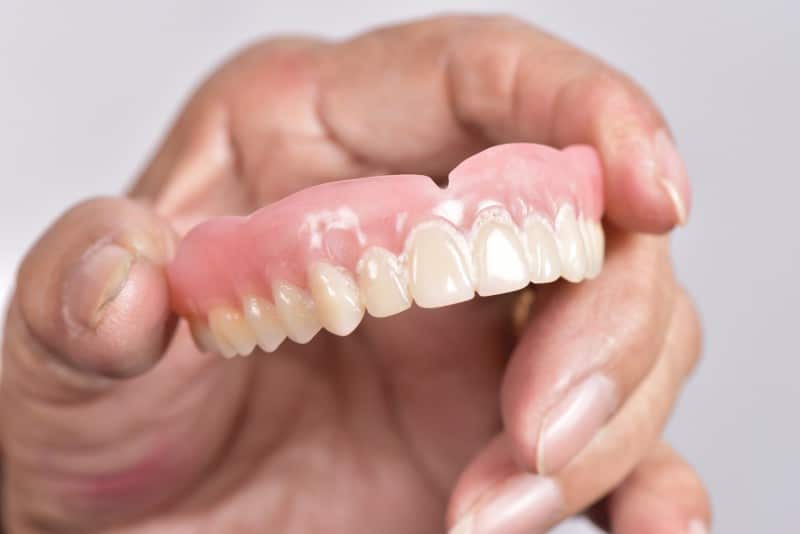 One recent study looked at the impact of denture base material on a person’s ability to chew. Thirty patients were given three different dentures that were worn for 90 days each. One was made of the traditional PMMA, while the others were made of acetal and polyamide. Researchers then tested chewing efficiency and bite force at 7, 30, and 90 days of denture wear.

Researchers found that PMMA and acetal dentures had higher chewing efficiencies and bite forces than the polyamide. They noted that rigidity was an important factor in optimizing chewing force.

PMMA Is Stable with Wear and Temperature

Another study compared PMMA dentures with chromium dentures. While there are many potential advantages of using metal for dentures (such as being less likely to break), the study showed one major problem with it.

The dentures were tested for fit and size at the initial fitting, after four months, eight months, and 12 months. The PMMA dentures that were heat cured were stable through the eight month follow-up, but by the 12 month follow-up they were showing a significant amount of expansion, about 1.58 mm over the entire denture, according to the caliper measurements, compared to 1.5 mm difference for the chromium denture base.

The denture bases were also tested with exposure to hot and cold beverages. With hot beverages, the chromium dentures expanded by 1.6 mm, and with cold beverages, it shrank by 1.43 mm, while PMMA dentures were stable at both temperatures.

Although PMMA showed a slight expansion over a year, the cosmetic benefit of PMMA, combined with its temperature stability make it the better choice for a denture base.

A Great Denture Base, Not Great for Teeth

If you want to learn more about the reasons why we choose the materials we do for FOY® Dentures, please contact a local FOY® Dentures dentist today.