New Insight into How Washington’s Dentures Affected His Appearance

We’ve talked in the past about the dentures of our first president, George Washington. This included dispelling many of the myths about his dentures, such as the fact that they were never made of wood.

Now a new dental scholar has looked at Washington’s dentures and called attention to the way they impacted his appearance in different facial portraits. This highlights the importance of proper denture fit, and why FOY® Dentures are such a dramatic improvement in denture fit and aesthetics. 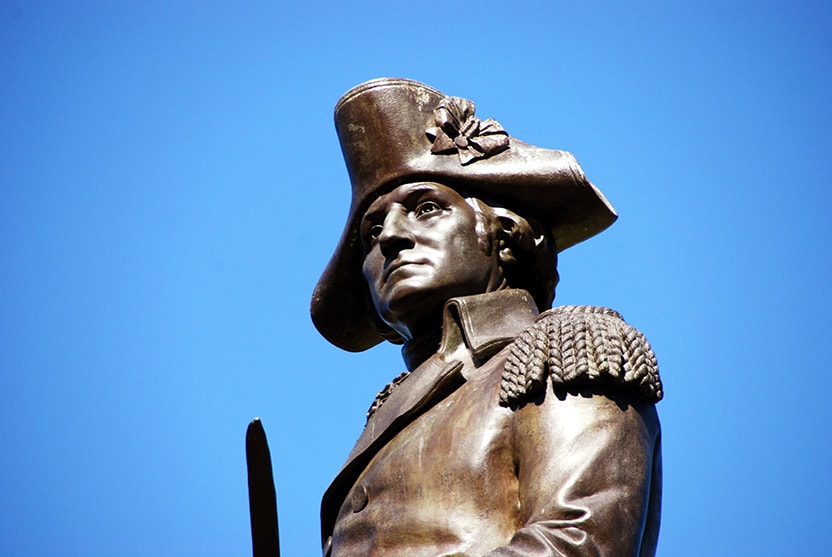 One of the most common problems people have with dentures is that these dentures don’t adequately fill the space that natural teeth used to occupy, as well as the bones that supported the teeth. George Washington had this problem. When artist Gilbert Stuart came to paint Washington, he was appalled at the way the Revolutionary War hero’s face sunk in around his dentures. Stuart decided to do something about it–he stuffed cotton into Washington’s mouth to try to support the man’s cheeks and lips.

While this must have been uncomfortable, it seemed to have worked. Stuart’s portrait, known as the Vaughan Portrait, is free from sunken lips or cheeks. Partly this is because of the angle Stuart chooses. But it’s also because of the stuffing. If you look at a portrait done by another painter, Edward Savage, just a year later, you can see how sunken and folded in his face looks, despite the complimentary angle.

Of course, in response to this kind of sunken appearance, dentists tried to create dentures that could fill the space. This ended up creating a different, but equally bad effect: that of bulging dentures.

In the same year that Savage painted Washington, Stuart did another portrait. By this time, Washington had new dentures, and the effect is just as bad: his lips and cheeks bulge out dramatically. In what is called the Athenaeum Portrait, Washington looks like he’s suffering from some dramatic oral infection.

21st Century Dentures Should Be Better

Over 220 years separate us from these portraits of Washington. They show us how denture dentists of the day had to guess at the proper fit of dentures and often ended up making the dentures either too large or too small.

Unfortunately, many dentists still follow traditional denture techniques handed down from this time. They don’t have a scientific method for designing dentures to fit properly, which means they often alternate between making dentures too large and too small, with the result that you end up with either dramatically sunken or bulging lips and cheeks, as well as having to live with uncomfortable dentures.

That’s why Dr. Rod Strickland invented FOY ® Dentures. He wanted to develop a scientific denture fitting process that helped people get great-fitting dentures. To learn how FOY ® Dentures can give you a better fit, please contact a local FOY ® Dentures dentist today.