Vet Loses Dentures and Gets Runaround from VA

It may not be the most serious infraction by the Albuquerque VA hospital that had a secret waiting list of 3000 vets who weren’t actually on a list to see a doctor, but they also gave a veteran the runaround after he lost his dentures on a fishing trip, and it was only after a local news program intervened that he got the appointment he needed.

The Perils of Fishing 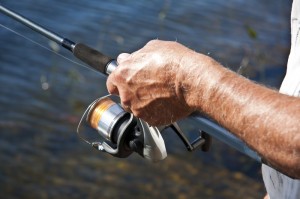 The Vietnam veteran went on a fishing trip in early June, not anticipating the consequences. While out on his boat he sneezed, and his lower denture flew right out of his mouth, into the water. With the lower denture, the veteran decided to call the VA for replacement dentures because he couldn’t eat without them.

Unfortunately, the VA just said they’d call him back. But they didn’t. For nearly a week. When the veteran called back, he was told that he could get an appointment–in September.

At this point, the veteran was beginning to get desperate. He was already losing weight because of his liquid diet, and he said, “I’m going to die from malnutrition! I can’t wait that long. Soup is not nourishing.”

With no further response from the VA, the man went to his local news station to complain. After the station put his story on the air, he got an appointment in less than a week. Now he’s just waiting to receive his replacement dentures.

Better-Fitting Dentures Give You More Security

Of course, this entire ordeal was caused by dentures that were poorly fitting to begin with. Properly fitting dentures are more secure and less likely to fly out if you might happen to sneeze on a camping trip or in other situations.

FOY® Dentures are designed to be better fitting than traditional dentures and can give you confidence that you’re not going to lose them every time you laugh or sneeze.