Will Anyone Need Dentures in the Future?

A recently published study shows that the edentulous rate–the number of people that have lost all their teeth–has decreased significantly since the middle of the 20th century. In fact, it has dropped so precipitously it leads one to wonder whether we will soon see a time when the edentulous rate reaches zero–a world without dentures. 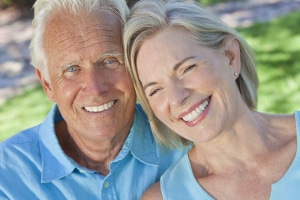 Looking at edentulism rates from five national studies of the population, researchers charted the decline in edentulism from 1957-2012. They found that the edentulism rate dropped from 18.9% to 4.9%.

Researchers also note that class is a major influence on the edentulous rate, with toothlessness becoming very rare in upper income families by 2010.

Projections for the Future

Researchers also used the data to extrapolate the continued decline of edentulousness into the future. They said the rate will continue to decline, but the decrease will slow. By 2050, they expect that the edentulous rate will be only 2.6%. As a result of this continued decline in edentulism, the number of people needing dentures in 2050 will be 30% less than in 2010, even though the population is increasing, and becoming increasingly older.

But will we ever see a generation that doesn’t need dentures? If the decline continues after 2050 as it did before 2050, the edentulous rate might drop to 0.3% by 2090. That would probably depend on reducing the economic inequality in this country, which doesn’t seem likely. On the other hand, there’s always the possibility that we will develop a way to regrow lost teeth.