Yakity-Yak: Dentures That Talk Back

Dentures have long been a subject of gags. In the days before we had gifs to make denture jokes, we had to rely on a more practical humor.

One of the most classic dentures gags is the Yakity-Yak talking dentures. You’ve seen these plastic teeth that click and clack and bounce when they’re wound up. Although they’re nearing 70 years old, these false teeth remain a timeless bit of Americana. They have amused generations of people who identified them as a parody of an all-too common experience, dentures that seemed to have a life of their own. They would make unexpected clicking noises and fall out of the mouth at inopportune times. 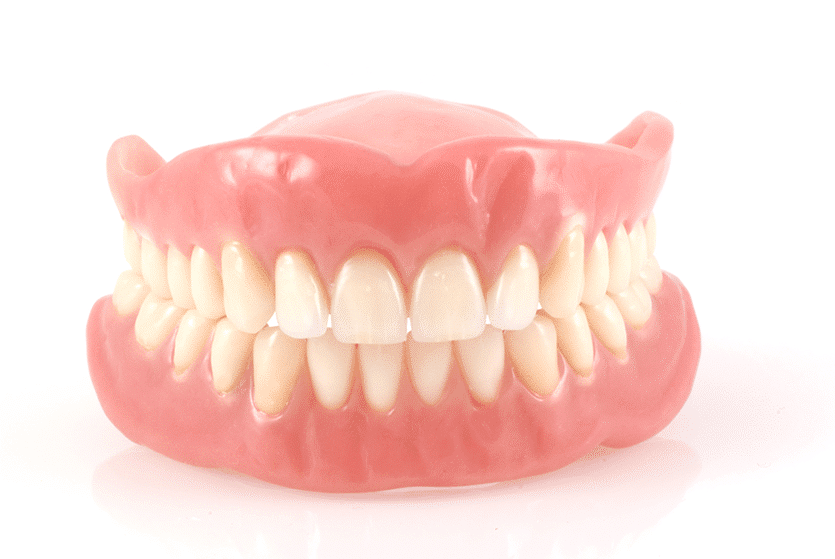 The Invention of Talking Dentures

The original idea for Yakity-Yak came to toy inventor Eddie Goldfarb in the 1940s when he saw an ad for a denture holder called a “Tooth Garage.” It was probably nothing special, just a container to store and soak dentures in, possibly discreetly. But it hig Goldfarb’s funny bone because it inspired an image of dentures puttering down the road like a comic Model T.

Goldfarb took the idea to toy entrepreneur Marvin Glass. Glass and his company were responsible for many innovative toys and games that we still recognize today, such as Mousetrap, Operation, and Rock ‘Em Sock ‘Em Robots. Glass wasn’t really interested in the chattering dentures idea, but he knew who might be, Irving Fishlove.

With the help of Fishlove, Yakity-Yak Talking Teeth were introduced in 1949. And they were an instant hit.

That Fishlove was interested in the teeth gives us a good idea of how this gag was viewed in its day. Fishlove’s major contribution to the world was fake vomit. These talking teeth aren’t just benign toys: they’re a socially transgressive object. Something that isn’t supposed to be seen that pops into the public eye at inopportune moments. There’s a shared embarrassment at seeing the teeth on the ground when they’re supposed to be in the mouth. And the sound they make is uncomfortably close to the clicking that loose dentures make.

There’s even a small component of body horror that comes along with the discomfort at seeing these animated teeth.

Don’t Let Your Dentures Be a Gag

Although Yakity-Yak teeth are parodies of an old concept of dentures, many people still struggle with the same denture problems. Loose dentures, noisy dentures, and fake looking dentures are all common. And although dentures have gotten more realistic over time, some dentures can still be mistaken for a pair of these chattering teeth.

But if you are looking for a set of dentures that is comfortable, functional, and quiet, FOY® Dentures may be right for you. To learn more about these advanced dentures, please contact a local FOY® Dentures dentist today.